School is in session! 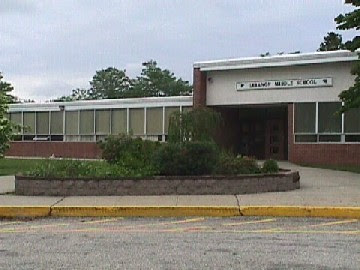 The Lebanon Schools are up and running with Evergreen. Lebanon Middle School and Lyman Memorial High School went live yesterday. The elementary school will be up with their new ILS on Monday.

Lebanon's move to Evergreen has been fantastic. The three librarians are engaged, supportive, and fun to work with. The libraries are popular spots for the students to spend time in. In short, the Lebanon school libraries are a vibrant new member of the Evergreen community.

The students know there's a new system and a few searched for books on the first day of school. Instruction begins in a week or two for the middle school students. Yesterday, the fifth graders had an introduction to the library and lined up enthusiastically to check out some fun reading material.

Lebanon Schools are Bibliomation's first Evergreen schools and we're off to a great start! The planned enhancements will only make next year even better - we can't wait!
Posted by Bibliomation HQ Staff at 8:00 AM No comments:

KCLS provides a preview of their new Evergreen OPAC!

King County Library System, in Washington state, goes live on Evergreen at the end of September. Check out this video overview of their new, whiz-bang Evergreen web catalog:

It's now official - we have just signed off on the Equinox development quote for our Evergreen K-12 schools due date functionality.

Bibliomation has partnered with the following Evergreen sites on this development project:

We'd like to publicly thank our development partners for their cooperation. We could not have moved forward with this project without them!

If you have any questions about this Evergreen development project, you can contact me at terlaga{at}biblio{dot}org.

You came. You saw. You ate some ice cream 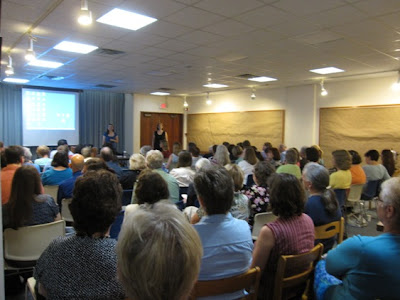 Yesterday's ice cream social was a rousing success, thanks to the enthusiastic attendance of 65 librarians from 23 libraries. Next time, I'll make sure to get less ice cream and more hot fudge - you are people after my own heart with your epic hot fudge consumption!

Our timeline generated a lot of interest, so I'll post it here:

The production servers are arriving and getting set up between now and the end of September.

We'll be profiling libraries throughout the fall, which we'll do by taking what we have in Horizon and translating it into Evergreenese. We'll be sending out questionnaires to clarify as needed.

Once we've got everyone profiled, we'll start entering rules and settings. We'll keep at that until we're done (it's quite the process).

We'll have the early training (the sneak peek training) from January until March, but the real training will take place in late April.

We'll keep all of our members posted on all things Evergreen - keep asking questions!

The Windham Free Library is now LIVE on Evergreen

The Windham Free Library is the fifth library in Bibliomation's Development Partner project to go live on Evergreen. The library began circulating items on the BibliOak Evergreen system this morning!

To view the Windham Free Library catalog, you can go to: