We've been busy setting up some Evergreen training with Equinox. In mid-January we'll receive some admin training as well as a 1.6 update, including Acquisitions.

We also need to learn how to write PostgreSQL queries, but Equinox doesn't offer a training class on this at this time. I've tried to write some queries on my own, based on my Sybase SQL knowledge, but what I've discovered is that the syntax doesn't translate well. Equinox recommended two PostgreSQL companies to us - I inquired, but soon discovered that the cost for these classes was too outrageously expensive for a non-profit like Bibliomation to swing.

Enter Dan Scott, relational database expert. Dan is systems librarian at Laurentian University, in Ontario. I had a chance to hear him speak at a one-day Lyrasis conference last October called "Open Source in your Library," and he was fantastic. Since he was able to answer some of my specific SQL query questions on the general Evergreen listserv, I thought he would be up to the challenge of teaching us what we needed to know about Postgres, so I emailed him. He has agreed to not only train us, but to customize the two-day class to our specific needs!

He writes:
[...]I would want to make the course materials available under a Creative Commons license so that others can build on & benefit from the content. I think it would make a nice complement to the Evergreen developer workshop, and a great contribution to the community.

We need to give him some time to prepare his course materials, but we are hoping to have him down here sometime before two of our developmental partner libraries go live on Evergreen the first week in March 2010.

The top requests are:
So far, we have good news for you! The regular Evergreen OPAC does a number of these things already. It is possible to search by title, author, subject keyword and series and searches by title for books like Night and Bud Not Buddy turn up the appropriate book as the top result.

Evergreen does have a spellcheck and it does allow sorting of results, though I think we'll have to add call number to our list of requests. The advanced search screen does allow the searcher to limit results to Fiction or Nonfiction, so it's possible that we could incorporate that feature into the results on a kid's catalog.

We brainstormed with some librarians from King County about possible features for a kids catalog and we'd love your feedback on some of these ideas.

Like you, we want to enable local buttons on the main interface – right now, you all have the same buttons on the front page of the kid's catalog. We'd like to have a mechanism for each library to create their own buttons with their own searches.

Other ideas we had:
Keep your suggestions coming and we'll keep adding to our list.
-Kate
+~+~+~+~+~
Kate Sheehan
Open Source Implementation Coordinator
ksheehan{at}biblio{dot}org

A Kids' Catalog for Bibliomation's Schools

We've just begun a dialogue with King County Library System (KCLS) to see if we can work together in the development of a children's graphical, icon-driven web catalog for Evergreen. KCLS web librarians, Lisa Hill and Melissa Falgout, seem very enthusiastic about the project. We have a decent length of time to dream up some really cool functionality for this kids' catalog - the target completion date is September 2011.

The most important feature we'd like to see in this graphical kids' catalog is the ability to customize - the graphical buttons, the searches attached to those buttons, and even the flexibility to allow for a list of bibliographic and web resources attached to some buttons, based on the individual library's needs.

We hope to send off our wish list of features to the Seattle-based web design company, FGI, for a ballpark price quote later this month. In the meantime, we're asking our school librarians for their suggestions so that we can flesh out that wish list.

We had a conference call last Thursday, December 3rd, with King County and the three Massachusetts networks (MVLC, NOBLE, and C/W MARS) that plan to move to Evergreen in 2011. We're hoping to collaborate with these and other interested library systems on Evergreen software development. It was a very productive phone call - we've established future meetings at ALA MidWinter (Boston), PLA in March 2010 (Portland, OR), the Evergreen conference in Grand Rapids, MI (April 2010), and Summer 2010 ALA in Washington, D.C.

Jed Moffitt of King County suggested that the Massachusetts folks take a look at KCLS' software requirement specs to see if they can follow their format for their own. He also volunteered to show them King County's enhancements to the circulation client sometime in January so that they will know what's coming soon before they spend time on their own software development needs.

I've also emailed contacts at Evergreen Indiana, SC LENDS (South Carolina), and Georgia PINES to see if they would also like to participate in these later discussions at future library conferences.

The more, the merrier, as they say. 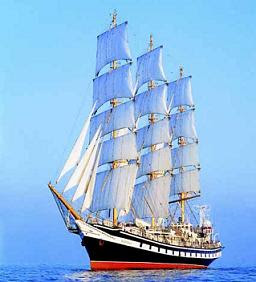 Mike Simonds, Bibliomation's CEO, and I have begun our Grand Odyssey to all of Bibliomation's libraries. We plan to visit each one so that we can bring our members up to speed with our open source exploration and our selection of the Evergreen system as our next generation ILS, with a migration in 2011. This is also a perfect opportunity for our libraries to ask us questions about Evergreen and open source software in general.

The first two libraries we visited were the Middlebury Public Library and the Southbury Public Library. The Middlebury staff are eager to move to Evergreen and would like us to move sooner rather than later in 2011. This is dependent on the software development success in 2010; both Acquisitions and Serials will need to be tested to make sure that they will meet our needs. The Southbury staff expressed their happiness over our decision to move to a standard set of loan periods for our public libraries - 7 days for DVDs and videos, 14 days for new materials, and 21 days for most everything else. This will make it easier for the patrons, they thought. These new loan periods will be in place by July 1, 2010.

We will take a brief hiatus from our odyssey in December so that we can interview candidates for our open Applications Support Specialist position, but will resume in January 2010. We plan to target those libraries that haven't made it to our regional meetings and may still be a bit in the dark concerning our open source plans.